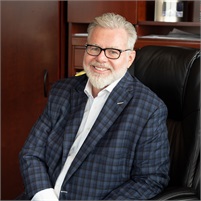 Michael Halla founded Michael E. Halla & Associates in 2012 with the vision of creating a truly world-class experience for his clients.

Mike has 20 years of experience as a financial planner and advisor to individuals, families and organizations. Mike started as a financial planner with American Express Financial Advisors which later became Ameriprise. Mike received the American Express Mercury Award as the first year leader in total weighted production in the country. Mike has received numerous awards Including the American Express Presidents Award for Advancing The Quality Of Advice for the years 1997, 1998,1999,2000,2001,2002 and 2003. In 2001 Mike was a national finalist in the Quality of Advice Case Competition.

Mike's professional registrations include Series 7 and 63. He holds Life, Health, and Variable Annuity licenses in the state of Wisconsin.

Mike has a long history of community involvement including: